Told by his adopter Sarah S.

Peter didn’t have an easy start. A wife and kids when he was a boy himself. A respiratory infection that landed him in the hospital. A bit of an attitude, no doubt from being tossed around in the seas of change so frequently. When Marty and I spotted him living in a tiny studio apartment at the back of a PetCo, we felt suddenly that he should be the fourth member of our little Chicago family.

He joined our other cat DJ Smoochenstein in the home she had known since she was dropped off directly from a rural farm where she was the only tuxedo kitten in a home full of tabbies. She liked routines and stability, and the addition of Peter (no doubt the largest tabby she’d ever seen) was startling to her. He made a series of advances and overtures which were always met with disdain.

And then we changed apartments. DJ had a moving day meltdown. She anchored herself in the bathroom sink, faucet on, just letting the water pour over her in a full feline existential crisis. We dried her off, gently brought her to the new place and set her down on the bed. Shaking, she took a few tentative steps and sat down. Peter jumped up onto the bed. He understood how she felt – tossed around, a little sick, adjusting to a sudden new way of things. He settled down beside her, licking her ear. It was the first time she didn’t growl or run away. And I realized all four family members were on the bed together for the first of many cozy nights.

Peter has relaxed into a fun loving mix of pooch and kitten, the size and stripes of a lil bobcat. He cuddles with us in the morning and plays fetch with us at night. And when we aren’t home, he and DJ scoot closer and closer on the couch. We often find them together when we come home: solid companions in a world of change and uncertainty, friends who share the load together. 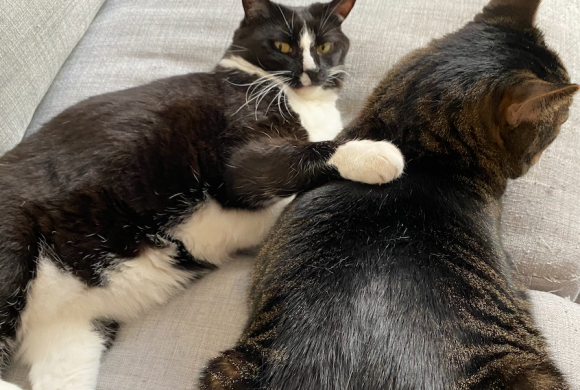 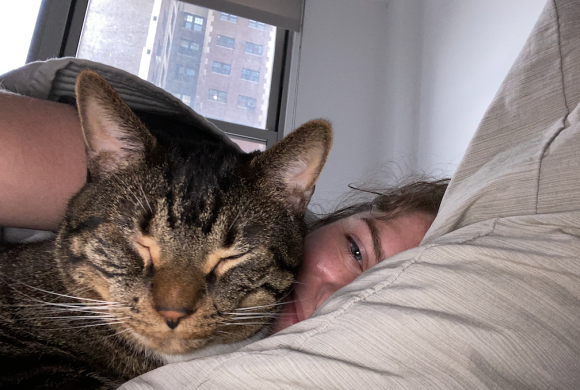 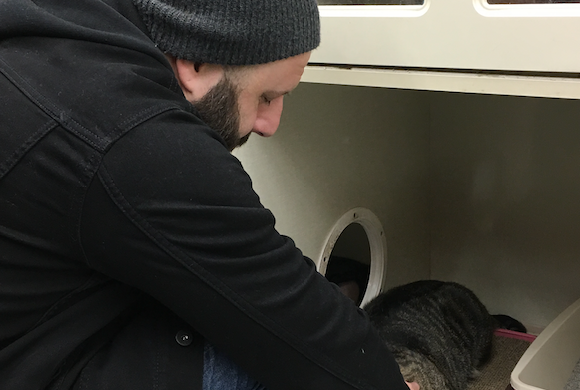